American Jewry IS A Global Regime 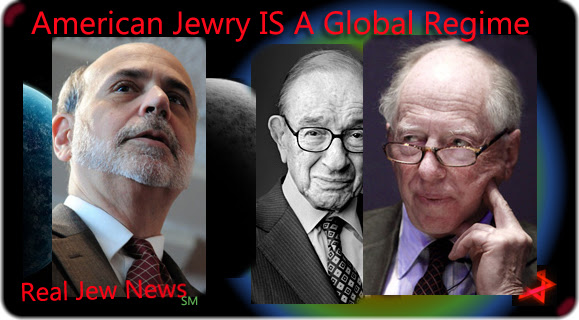 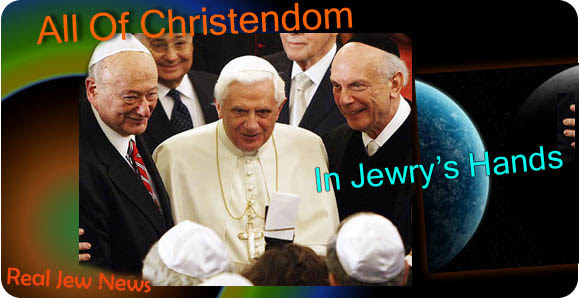 ALL OF CHRISTENDOM and the Western World is now in the hands of a trans-national American Jewry.

At the close of WWII, American Jewry succeeded in not only in subjugating Germany to itself but brought Great Britain and the entire European continent under its thrall.
Now, with the Nato US/Jewish proxy war machine takeover of Libya with the rest of Africa soon to fall under Judaic command which controls all the checkpoints of worldwidecommerce - natural resources - emerging markets - gold price-fixing - and trade — it is safe to say that American Jewry is indeed a “global regime.” 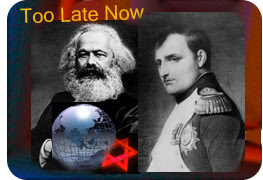 Once Napoleon opened the doors to Jewish influence by granting civil rights to the Jews in the early 19th Century — with the rest of Europefollowing suit — the die was cast for Jewry tostamp its monolithic mark upon every aspect of the infrastructure of the Western World.
Expanded is Mayer Rothschild’s boast: “Give me control of a nation’s money and I care not who makes her laws,” to encompass the entire globe.
That “control” is centered in Washington and New York via the Jewish-owned Federal Reserve Bank and its attendant Jewish investment banks.
But its network connects to and from London, Paris, Frankfurt, and Shanghai via the Rothschild dynasty. American Jewry with its strangle hold on US political and financial life is indeed a Global regime. View Entire Story Here, Here & Here. 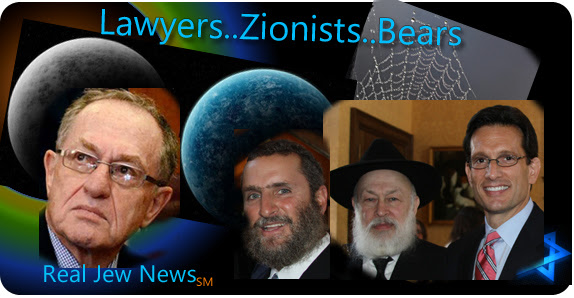 US JEWRY’S WORLD WIDE WEB
AMERICAN JEWRY’S STRENGTH lies in its racial solidarity. And this affinityextends beyond the shores of America.
Thus, loyalty to their own racial group supersedes fidelity to “Yankeeland” where American Jewry resides and operates.
This all-encompassing solidarity which glues Jewry together is illustrated by observing the “international” connections which unite American Jewish organizations with those abroad: 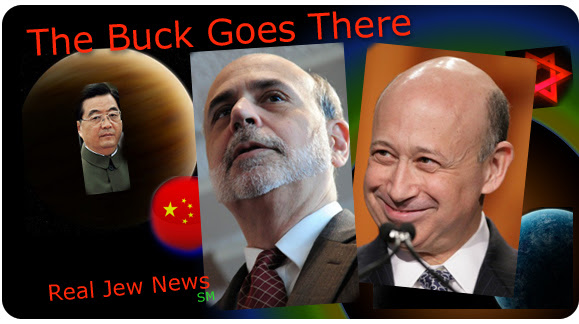 ONE WORLD GOVERNANCE
THE ARGUMENT IS MADE that history has proven that all “undesirable regimes” have eventually been “toppled” and thus American Jewry will fall like all the others.
But the toppling of undesirable regimes has only occurred in nations which had limited and demarcated boundaries within which those ruling-entities reigned.
This is certainly NOT the case with regard to the rule of the invisible governance of American Jewry — (not so “invisible” to the astute observer) — whose reach extends to all the transnational components of globalization and international governing bodies such as the Jewish-operated IMF and World Bank. 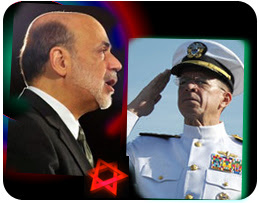 Indeed, American Jewry IS a global regime and any attempts to “topple” this imperialist dynasty would be impossible…whether by the ballot, uprisings, or revolutions. (History has borne this out when the Jews enlisted the entire world toprevent Germany from having a nation of its own.)
Only perhaps the military could bring about this much hoped-for event.
But even a military coup aimed at halting the advance of global Jewry is unlikely since the US military is dependent on Jewish Financial Capital, (which includes the underwriting andinfluence of the armaments industry as well as ownership of the Federal Reserve), for its funding, salaries, and perks.
And besides, all the true patriots of the US military have either been killed, replaced, orforced to resign.

CAN AMERICAN JEWRY with its global ties be stopped?
How can it possibly be halted when a One World Governance, (complete with a newinternational reserve currency in the makings), of which American Jewry is joined at-the-hip with Jewish bankers in its oversight, is now in place?
Only an act of God—or a Ron Paul presidency—or a combination of the two, can STOP the tyranny wielded by the global boot of American Jewry. 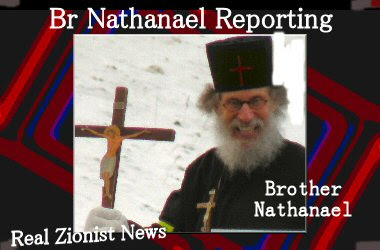